Articles Around the Web

Articles Around the Web

A collection of articles from around the web.

Wonderful, in-depth article about the evolution of what constitutes a good leader in business and politics, and how traits historically attributed as “feminine” are becoming increasingly valued in the workplace.

In local news, the American Association of University Women and the Santa Clara County Office of Women's Policy organized a conference in San Jose called “Strong Girls, Strong Women,” which held discussions on economic and educational equity for women. Darcie Green, a Santa Clara County Board of Education trustee, summed it up pretty nicely when she said, “"If you asked every woman in this room for an experience of sex discrimination, they would have one.”

John Gerzema of the Athena Center for Leadership at Barnard College argues that increasing diversity and female representation at the C-suite level is not just the right thing to do, it’s also better for business. In the Athena Center’s study across 13 countries, they found that skills like selflessness, empathy and flexibility—feminized attributes—are strongly associated with the ideal modern leader. 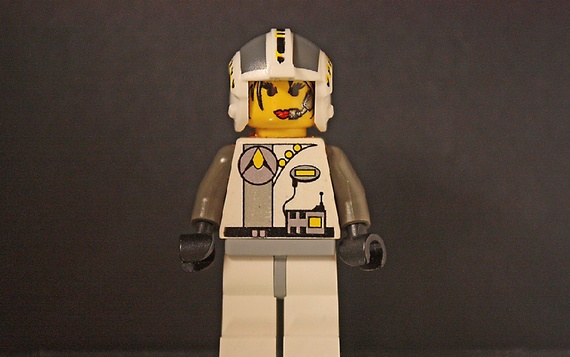 This article in The Atlantic discusses the findings that while women rate themselves lower than men as effective leaders, other people were more likely to rate the female leaders as more effective than their male counterparts.

This article explains the subtle ways in which women encounter gender bias in the workplace, and how that impedes career advancement.

Joan C. Williams explores an example of the Tightrope “too feminine” (liked but not respected) pattern in the office: office housework. Women are disproportionately tasked with performing time-consuming and undervalued administrative duties, such as planning birthdays, taking notes for meetings, heading the mentorship program, etc., which tend to cause a detour in the path to promotion. Fortunately, Williams provides various strategies to get around the office housework and get ahead.

Tips on how to become a better leader are discussed. Some examples include: acknowledge your accomplishments, don’t be afraid to fail big, and cultivate generosity.

Anita Sarkeesian of the Feminist Frequency discusses “The Smurfette Principle”—first coined by Katha Pollitt—which stemmed from the series The Smurfs, in which there was only one female character, aptly known as “Smurfette.” Sarkeesian discusses how gender tokenism runs rampant in the media, beyond just The Smurfs. In What Works for Women at Work, Joan C. Williams also talks about “The Smurfette Principle,” but how that relates to the workplace and how that can hold women back in their professional pursuits. 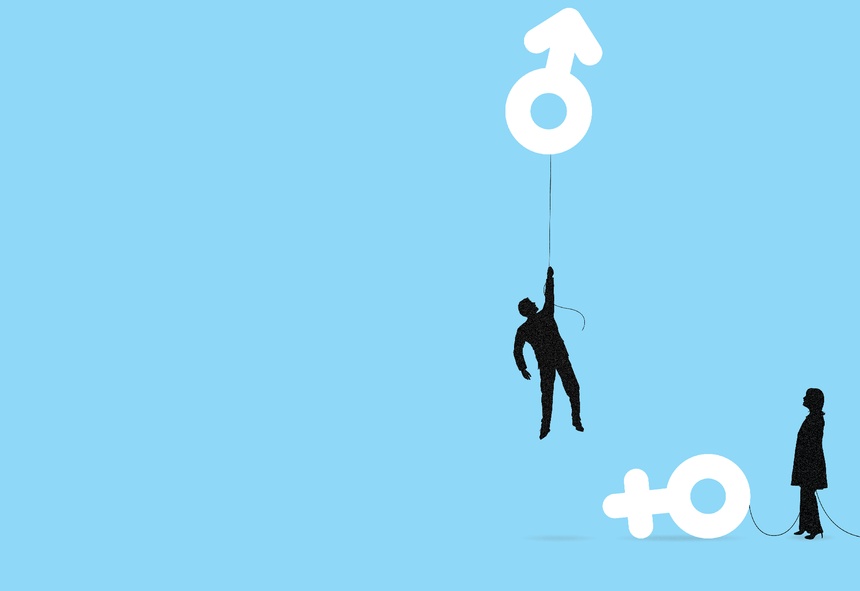 The Confidence Gap
Katty Kay and Claire Shipman
The Atlantic

Evidence shows that women are less self-assured than men—and that to succeed, confidence matters as much as competence. Here's why, and what to do about it.

The media came abuzz after this op-ed in the Washington Post. Professor Williams writes about ‘gender judo,’ or how women can employ gender stereotypes that could potentially hold them back, to instead propel themselves forward in their career. One strategy includes mixing strong messages of competence (masculine) with warmth (feminine). “Be warm Ms. Mother 95 percent of the time,” a technology executive advised, “so that the 5 percent of the time when you need to be tough, you can be.”

A Candid Conversation With 5 Women Leaders of Advertising and Media: The Triumphs and Trials of Smashing the Ceiling
Lisa Granatstein
Ad Week

Lisa Granatstein interviews five successful women (Mika Brzezinski, Sarah Hofstetter, Nancy Reyes, Joanna Coles, and Nadja Bellan-White) and they reflect on the challenges and successes they have faced on their way to the top.

The economic argument for hiring a more diverse workforce. Fun fact: U.S. public companies with diversity on their executive board have a 95% higher return on equity than those without.

Reveal Yourself and Others Will Follow – Authentic Leadership
Karl Moore
Forbes

The author discusses the authentic leadership style with Jennifer Petriglieri from INSEAD, a top business school in France. Petriglieri emphasizes the importance of showing more sides of yourself (and not just the sides you want people to see), especially when leading a diverse team.

Lead With Your Heart, Not Just Your Head
Naomi Eisenberger and George Kohlrieser
Harvard Business Review

A different approach to leadership – one that involves leading more with your heart – is examined. The authors liken a good leader to “less like a football coach with a whistle around his [or her] neck and more like a belayer helping climbers reach the next goal.”

The importance of a new worker’s first day should not be underestimated, says Avery Augustine. Making introductions, preparing your team, and having a general plan for how the first day should go are good guidelines to making sure that your new employee is motivated and feels like a part of the team from Day 1.

What better way to learn about leadership than listening to some inspirational TED talks? A Top 10 must-watch TED talks around leadership, topics include: “How Great Leaders Inspire Action,” “The Puzzle of Motivation,” “How to Get Your Ideas to Spread,” “How to Learn? From Your Mistakes,” and more.

A strong leader recognizes it’s not about them, and a good leader is likened to a good parent; they are able to make sacrifices, and have pride and ownership in the success of the people they lead.

Kimberly Bryant started Black Girls Code to inspire women from underrepresented communities to learn how to code. Past ventures have included teaching girls ages 7-16 programming languages in 6-week after school courses, and launching a Summer of Code camp in various cities across the United States. Black Girls Code hopes to get more women interested in coding at a young age, to close the gender gap in the computer science fields.

The Center for American Progress recently released a report on the gender leadership gap. Some sobering stats: women comprise only 14.6 percent of executive officers, 8.1 percent of top earners, and 4.6 percent of Fortune 500 CEOs.

The Most Undervalued Leadership Traits of Women
Glenn Lopis
Forbes

The author discusses the traits that female leaders bring to the table. Some of these important traits that women bring include: they are opportunity-driven, strategic, passionate, and entrepreneurial.

Fathers now report higher levels of work-family conflict than mothers do. Why don’t more men push for change? This article examines why men experience stigmas when they ask for workplace flexibility or take even short family care-related leaves.

Who Wants To Work For A Woman?
Joan Williams
Harvard Business Review

This article analyzes a recent study examining whether Americans prefer male or female bosses. The results are complicated and surprising, and this article unpacks the complicated gender dynamics that may explain why many women still prefer a male boss.

This article examines the “long hours problem,” a key reason why the percentage of women in top jobs has stalled at about 14 percent, and the gender norms that make workplace flexibility so hard to sustain.

Modern manhood is being redefined, from the macho, successful executive to the egalitarian man trying to balance work and being a good father. When we talk about workplace diversity and accommodation, the New Man needs to be an integral part of the conversation.

Conventional wisdom dictates that there is only so much room for women at the top, and that being a successful woman means having to climb over others. This is a short article about how that conversation has changed and is beginning to embrace a new idea - Executive Feminism.

Why There Are So Few Women in Science, continued
Joan Williams
Huffington Post

The lack of women in the sciences has been a hot conversation lately, and rightly so. Frequently attributed to female self-doubt and a lack of encouragement, there seems to be another often overlooked and important factor – motherhood.

The Cutting Edge Conference convenes professionals from diverse fields - law, business, tech and others - to engage in a creative dialogue around a shared commitment to gender equity and diversity.